Governments were using the corona pandemic to tighten their grip on power, undermining democracy . The people in power have to be questioned and the power itself has to be questioned! 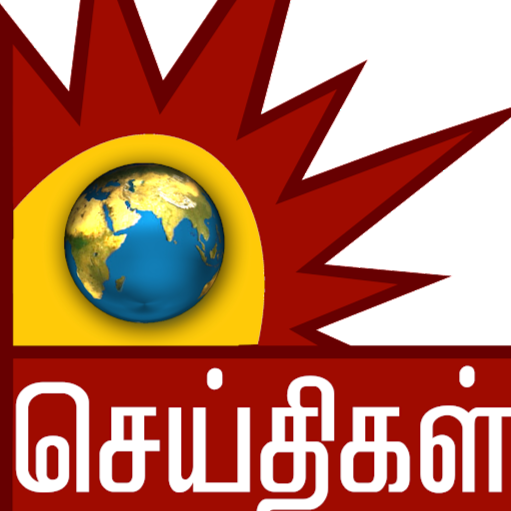 Let's stop a little and reconsider what's happening around us. Because yesterday it was George Floyd in America, Today it was a Father and Son duo in Thoothukudi, TamilNadu. And tomorrow it can be you and me! Hence, we are in a critical situation to stop, listen and question power.

There are murders, committed not by criminals, but by the people in power of the system. Is that the power to be questioned? Or Is that the people using that power to be questioned? George Floyd's death created a massive impact on the feudal structure that has been followed for hundreds of years. Minneapolis Police Chief Medaria Arradondo said the death of George Floyd was "murder". "Mr. GeorgeFloyd's tragic death was not due to a lack of training, because he had taken specific training on preventing "positional asphyxiation," or suffocation. Chauvin knew what he was doing," said Arradondo. "Thiswas murder, it wasn't a lack of training," he added.

Also, Houston Police chief Art Acevedo said while speaking to CNN,“Let me just say this to the President of the United States, on behalf of the police chiefs of this country: Please, if you don’t have something constructive to say, keep your mouth shut.”

Do we have that democracy here in TamilNadu? Our Chief Minister Edappadi Palanisamy doesn't even have the courage to admit that this is murder!He says that the death was due to respiratory illness and other such natural cause. More than a thousand people of Sathankulam town in Thoothukudi district are staging protests. The deceased Jayaraj (59)is survived by his wife and three daughters. Since his son, Fenix Emmanuel (31) has also been murdered by the police, the family issuffering an unimaginable loss.

George Floyd suffered for 8 minutes until death and these two deceased here suffered for days under police custody. According to the protesters and other local residents, Jayaraj along with Fenix ran a mobile shop named APJ in the town. On Friday(19 June 2020), he closed his shop around 8:15 pm. Personnel from the Sathankulam police station, who was on patrol duty, reportedly pulled him up for running the store beyond the permitted time, and there broke an argument. On Saturday(20 June 2020) evening, the police personnel visited the shop again and arrested both father and son duo and booked them under several sections of the IPC, including Section 188 (disobedience to order duly promulgated by public servant) and 353 (use of force to deter public servant from duty). On Sunday(21 June 2020) the duo was lodged in the Kovilpatti sub-jail.

According to the protesters, Fenix complained of chest pain and Jayaraj had a high fever that evening.Both were taken to the Kovilpatti government hospital, where Fenix died on Monday(22 June 2020) evening and Jayaraj succumbed to respiratory illness at 4.30 am on Tuesday(23 June 2020). Percy, the daughter of Jeyaraj refused to receive their bodies, following an autopsy on Wednesday(24 June 2020). She termed the brutal death as"Double murder" by the police. She also alleged that the father and son were thrashed by the police while in custody and did not suffer health ailments, as alleged by the police department. They were brutally beaten up and there were injury marks on their rectum.

“Police personnel should be punished for both the murders. My father and my brother have been humiliated and have bled to death in anguish.Just because they are in the department, can the police commit murder?” asked Percy. This is the question that we all should answer.Because a government that has no control over its power, eventually has no control over governance.

#BLM(Black Lives Matter) was all around the world and it hasn't beenerased in the news arrays around us. Now we are witnessing the same misuse of power here in TamilNadu. Black Lives Matter doesn't onlymean that blacks matter. It meant the social responsibility of mattering each and every living being of the society. A 17-year-old Trayvon Martin was followed, shot and killed by neighborhood watchman George Zimmerman in Sanford, on the night of Feb. 26, 2012.More than six weeks later, Zimmerman was arrested and this racist brutality led to a worldwide movement called BLM, which is an organized movement advocating for non-violent civil disobedience in protest against incidents of police brutality against Afro-American people.

But what do the other suppressed classes have? to raise their voices. Do we even notice those incidents that is really happening or we just ignore it as just a Newsline of the day? There are certain facts that we must consider before ignoring the violence to a fellow human being.

Here in TamilNadu, there are hundreds of stories that depict the brutal killing of innocent people by police and we hear those stories everyday! But we just ignore these killings as 'stories' and not even a single movement has been led by the masses. There were some protests in the nook and corner of the history that goes in vain. To the top of all, In 2018 "The Thoothukudi Massacre", as written in history where 13 unarmed protestors were killed and 100+ were injured by the TamilNadu Police department. The puppet ruler Edappadi Palanisamy was not even aware of the killings, he himself said to the media. And now, the police department in TamilNadu acts as if they were an independent entity without any control. Despite the public's rights and protest,they act as statues that hear nothing.

This pandemic has made the democracy more worse than ever. Over 500political and civil society leaders, Nobel laureates and rights groups, on Thursday warned that some governments were using the coronavirus pandemic to “tighten their grip on power,” undermining democracy and civil liberties. This is happening all over the world and the public has nothing to do about the criminal actions of the power.

And the end has to begin!